What’s the connection between eating disorders and mental health? 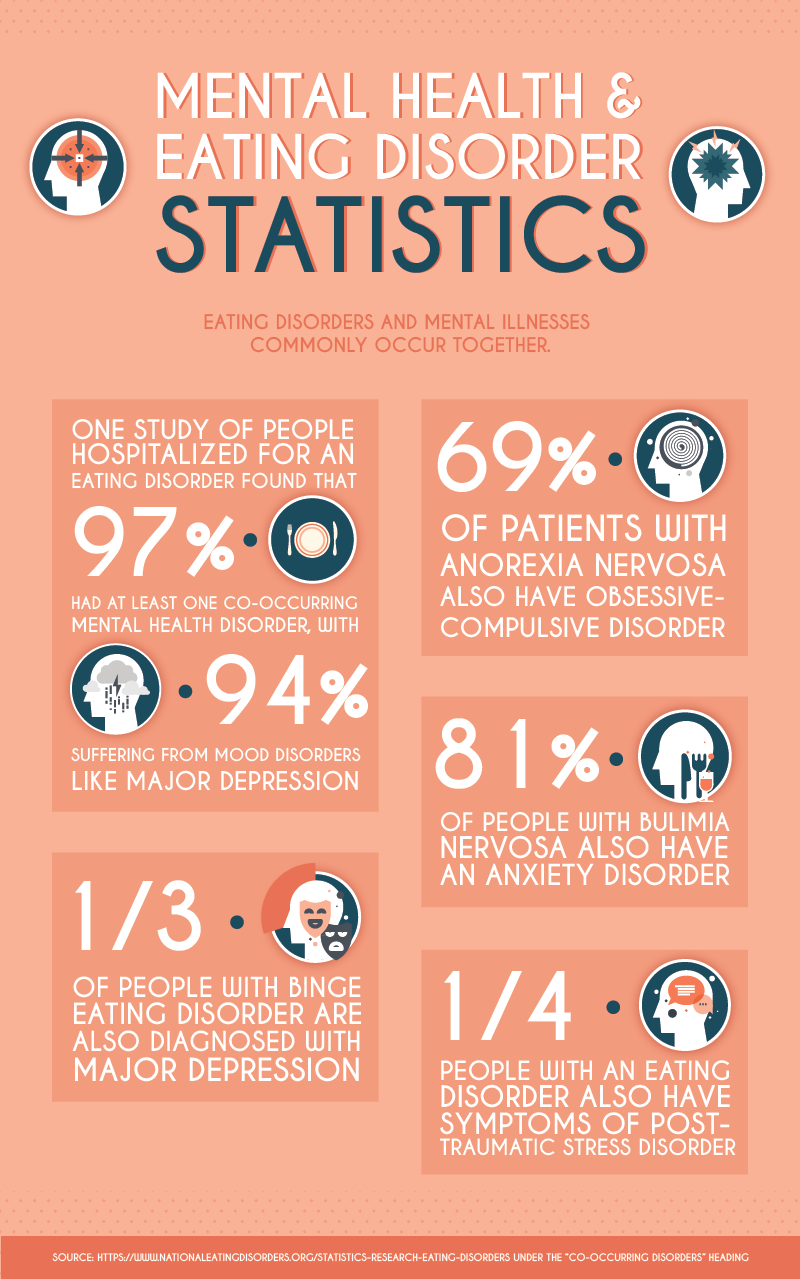 Anorexia is a serious mental illness and is the third most common chronic illness among young adults. Research shows us that anorexia frequently co-occurs with some type of psychiatric disorder – 56% of those with anorexia have at least one other mental health disorder. One study found that over a third of those with a diagnosis also have major depressive disorder. In addition, roughly half of the individuals with anorexia have comorbid anxiety disorders, including obsessive-compulsive disorder and social phobia.

Bulimia is more prevalent than anorexia, with roughly 1-3% of teens in the US and almost 5% of women developing the disorder. Nearly half of individuals with bulimia have a comorbid mood disorder, and more than half have anxiety disorders. A third of those with bulimia also suffer from obsessive-compulsive disorder.

With statistics showing the prevalence of co-occurring mental health conditions with an eating disorder, addressing both during treatment is vital.  At Selah House, we address any co-occurring condition in addition to the eating disorder. Our clinically-excellent program uses evidence-based therapies to treat the underlying issues of both disorders and support long-term recovery. Finding the right treatment can be challenging. We offer a step-down approach that helps you make a smooth transition through your recovery journey.  You are never alone, Selah House is here for you. To learn more about our comprehensive eating disorder treatment program, call us at 866-324-8081 or complete our contact form.

Suicide and Eating Disorders: Is Your Loved One at Risk?
September 28, 2020

What are the Warning Signs of Anorexia?
August 7, 2020